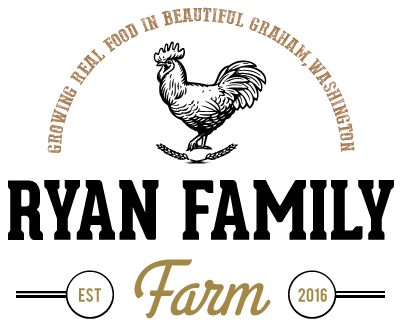 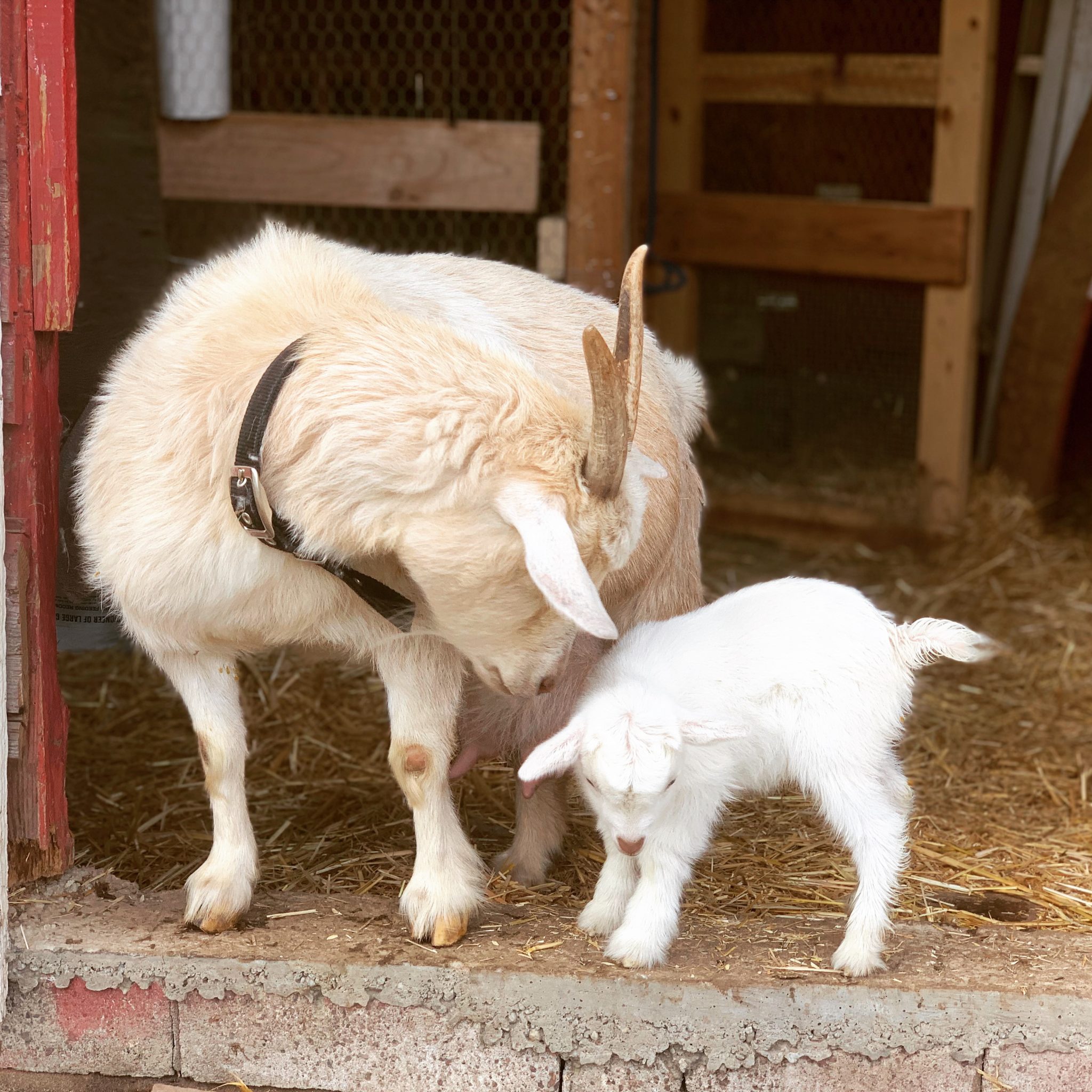 Thankfully things around here are calm, the goats healthy, and Erica and I have enjoyed watching Masha, our older goat doe, and Cooper, her new buckling, get acquainted.  This essay is probably nothing new for those of you who have kids – goats or human.  We don’t have any children, so being a part of the process was eye opening and got me thinking and waxing Spiritual to a degree.  With that in mind, here you go. 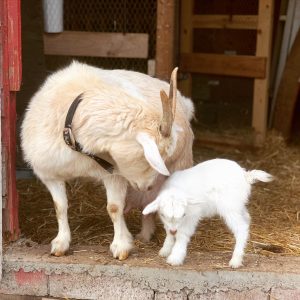 While I was eating dinner, I looked out of the kitchen window and saw that Masha was lying on her side and not in a usual position. I realized that she must be going into labor or close to it. I had taken time off from work so I could prepare a space for her to kid and to get other farm chores taken care of, so I had been spending a lot of time with Masha during the day. I was vigilant for all of the signs I had read about – discharge, talking to her belly, pawing at the ground, etc. – but hadn’t seen any. So after dinner I went out to the barn and watched her. Eventually I saw her acting strange. Now I was certain she was going into labor. I saw the discharge and she definitely looked uncomfortable and was trying to get herself settled in. Of course she wasn’t interested in the nice area I had prepared for her in the barn but instead decided that the space between the front barn door and her stall was where she wanted to have her kids. I did my best to make her comfortable. 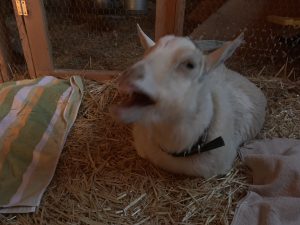 The next couple of hours were spent with me worrying and doing lots of Google searches. With every new sign I would question if things were going normally or not. For the last few weeks I had already read countless articles, both scholarly and amateur, about labor and delivery with the hopes that I would be fully prepared. I had assembled a kit to assist should it be necessary. I had the kit beside me as I sat and watched Masha go through labor, looking ever increasingly in more discomfort. Was it going OK? Is it taking too long? Is she in pain? More Google. After her water broke and it was clear there should be a kid coming any minute, I was anxious and worried as she struggled and called out. At one point her cry was so loud and long that the nearby coyotes began howling and yipping which echoed in the quiet darkness outside of the barn. As I got more worried that there was no progress, I steeled my courage and thought “this is it – I need to go in” and prepared to open the kit and grab the lube and arm-length glove. Just as I stood up and turned to open the kit, there it was – a tiny little goat face – starting to emerge. I’m sure we both were relieved.

She gave birth to a boy and promptly went to cleaning him off and getting him to his feet. It was amazing. Of course I still was following along with my newly acquired book knowledge, making sure that his nose was clear, that she was attending to him, that he started to nurse, etc. As I did, I thought how silly it was that I felt I needed to do anything. She has done this before and this process has gone on for eons. Once I saw that he was nursing and Masha seemed to be content, I figured I was not needed and decided to go to bed. After all, I needed to go back to work in the morning and Erica was out of town so I needed to get up extra early and take care of the chores. I saw that Masha has passed the placenta (and eaten it) so I figured everything was done for the night.

In the morning, I went to check on her and the baby. Part of me had hoped I might open the door and find that she had birthed another since (from what I’ve read) goats typically have multiples. When I opened the barn, I saw that they were both alive, but Masha appeared distressed and was acting like she was still trying to push, although weakly. The remaining afterbirth was still hanging from her, but at this point it was dried. I did what I could to check if I could feel another kid in her. I felt something, but it didn’t move and I actually didn’t know what I was feeling for. In panic, I texted back and forth with Erica. Masha continued to struggle, breathing rapidly but shallowly. Her eyes were half closed and when she started to shiver I knew that there was a problem. I covered her with a towel for warmth, figuring she was starting to go into shock. Thankfully Erica was able to reach a veterinarian who could come out and assess her and treat her. I was afraid she was going to die and that the little boy (Cooper) wouldn’t survive. I was a mess.

The vet arrived and asked for help restraining Masha as he went in to examine her. She was already uncomfortable, so I felt bad that I had to hold her still (and hold her up) as he went in to feel for a baby. Yes, she had a dead one stuck in her birth canal and it needed to come out. By this time Erica had arrived and since she has smaller hands, was tasked with pulling the baby out. Shortly afterward, the body was out of her and on the straw next to us as the doctor gave Masha injections to help her feel better and fight infection as well as allow her body to clean itself. He gave us instructions to care for her and what to do if it seems she may have another in her (although he was pretty confident that there were only two due to their size).

Masha and Cooper are both healthy and bonding. We have had to administer three more injections and have been making sure he is nursing. Masha has been eating and drinking and is now walking around looking more like herself.

Masha and Cooper getting acquainted

In reflecting on the experience, I can’t help but think of the story Adam and Eve and the consequences of eating fruit from the Tree of Knowledge of Good and Evil. Not of the pain in childbirth however. Instead, I focused on our presumptuousness – that we have the answer and should control the natural world. Through this experience, I more greatly appreciate how we are part of the natural world and as such, should be humble, step back, and listen and learn. I saw that Masha, and all of our animals for that matter, have a deep innate wisdom. Cooper just ‘knew’ what to do as soon as he emerged from his mother’s womb. Masha behaved with a wisdom too – knowing what to do and when. At each step, I followed along, watched and checked to make sure it was “right.” After all, I had Google. I had books and ability to read and comprehend. Of course all of the articles I read warned that what they describe isn’t universal and that each goat is different. They also explained that most of the time kidding is without complications. At almost every step, when I thought I needed to intervene I didn’t need to. Masha communicated that to me in her behavior and movement. And when the time came where I did need to intervene, it seemed she communicated that to me as well. I will take this as a lesson, more potent than any I received in school or church. There is a more powerful wisdom to the world, we are only part of it and not in control. I will listen and observe, and hope that I can actually learn from nature instead of making it fit into our limited conceptualization – whether based in science or religion

In my work as a mental health professional, I often have conversations with patients about the danger of chasing “why” questions. If we even get an answer, it rarely gives us anything we can use. Instead I suggest shifting perspective and asking instead for example “What can I learn from this?” or “How does this make me feel or respond?” I guess this piece is just me trying to take my own advice.

This site uses Akismet to reduce spam. Learn how your comment data is processed.